Case of the week: 70 year old patient with severe right leg pain with walking. Angiogram shows complete occlusion of the right superficial femoral artery. We were able to cross the occlusion with catheter and reconstruct the artery with balloon angioplasty and stents! All done without the need for open surgery! 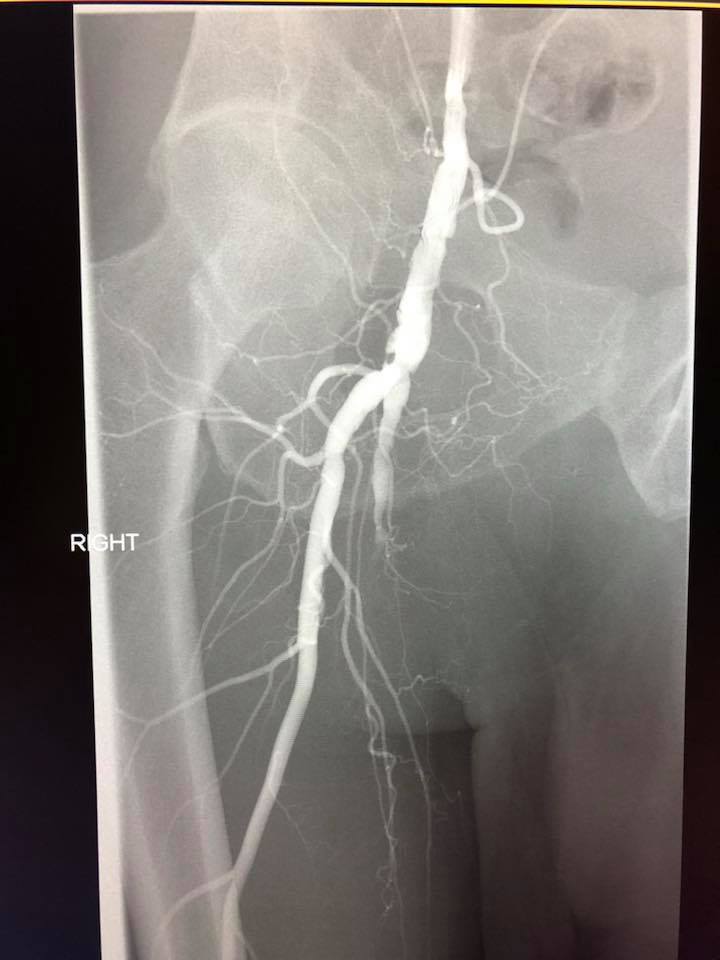 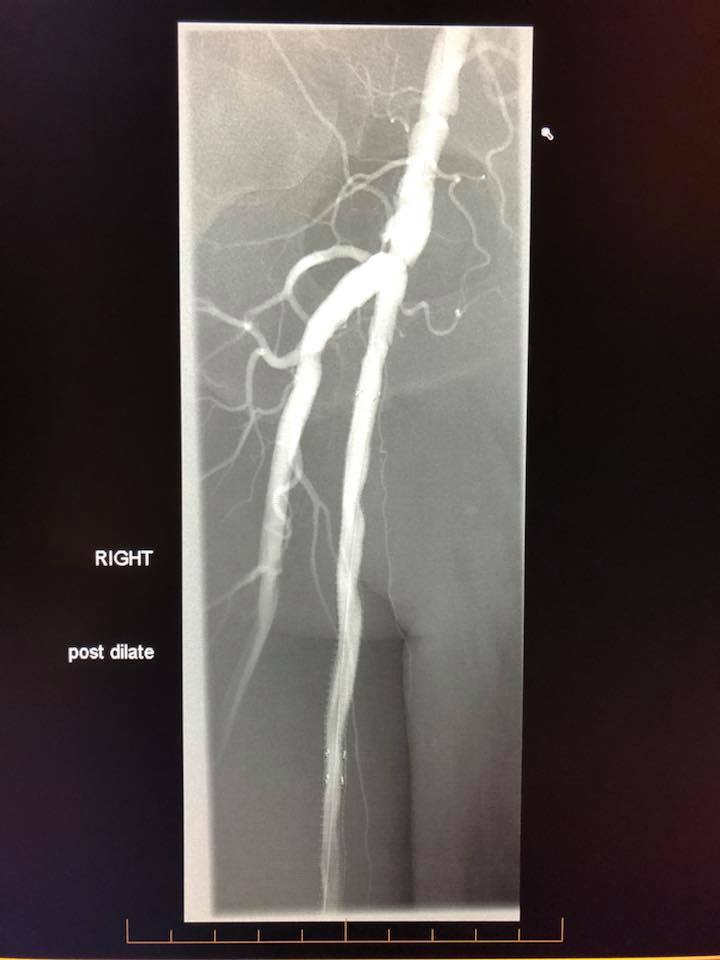 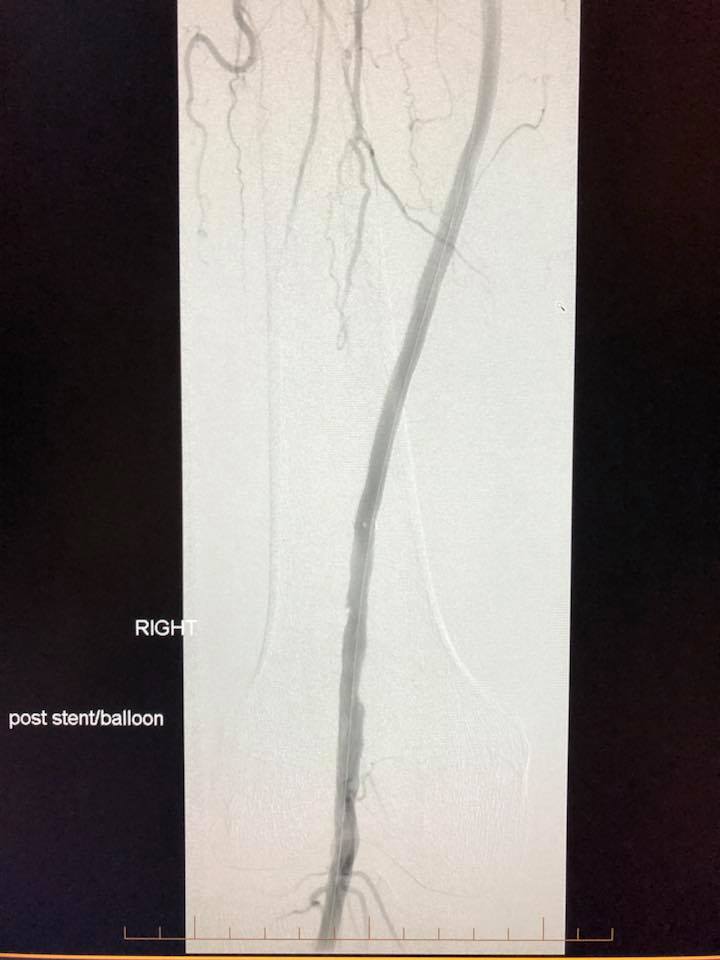 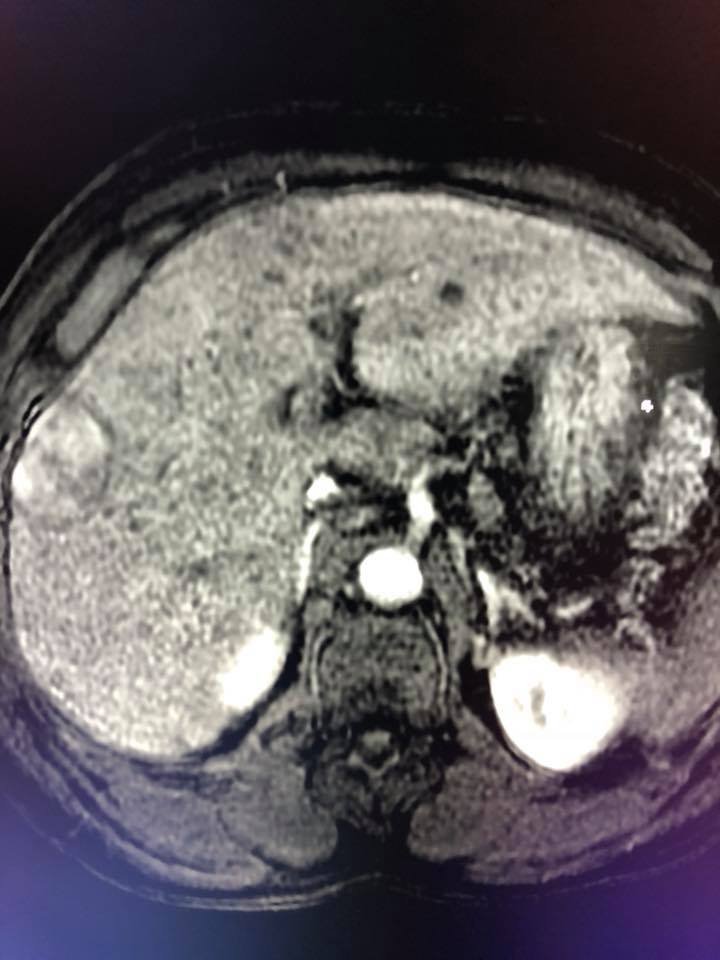 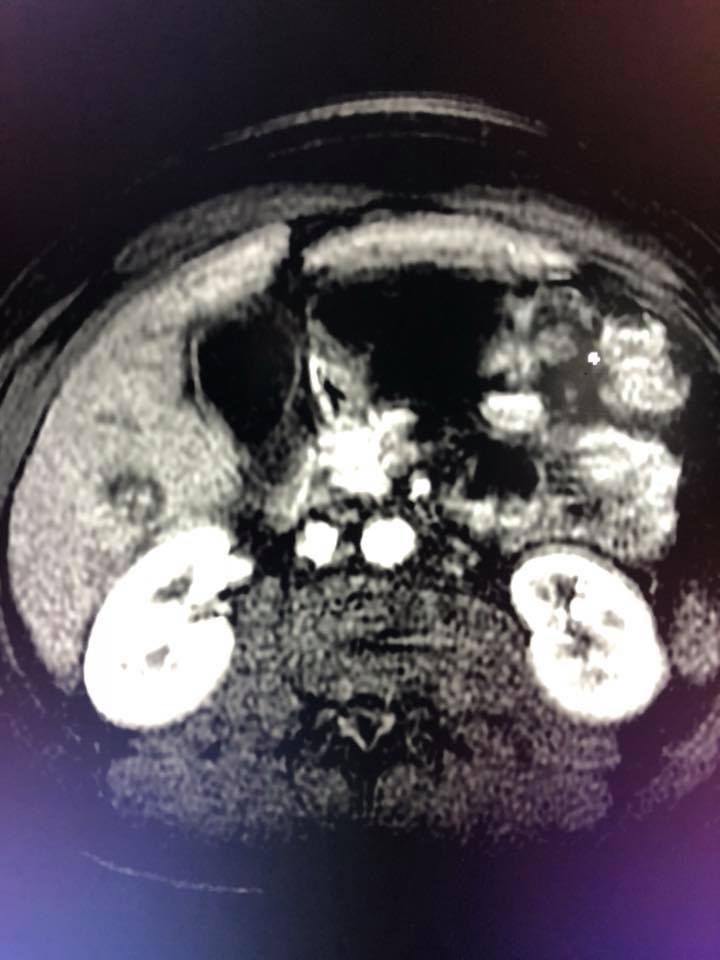 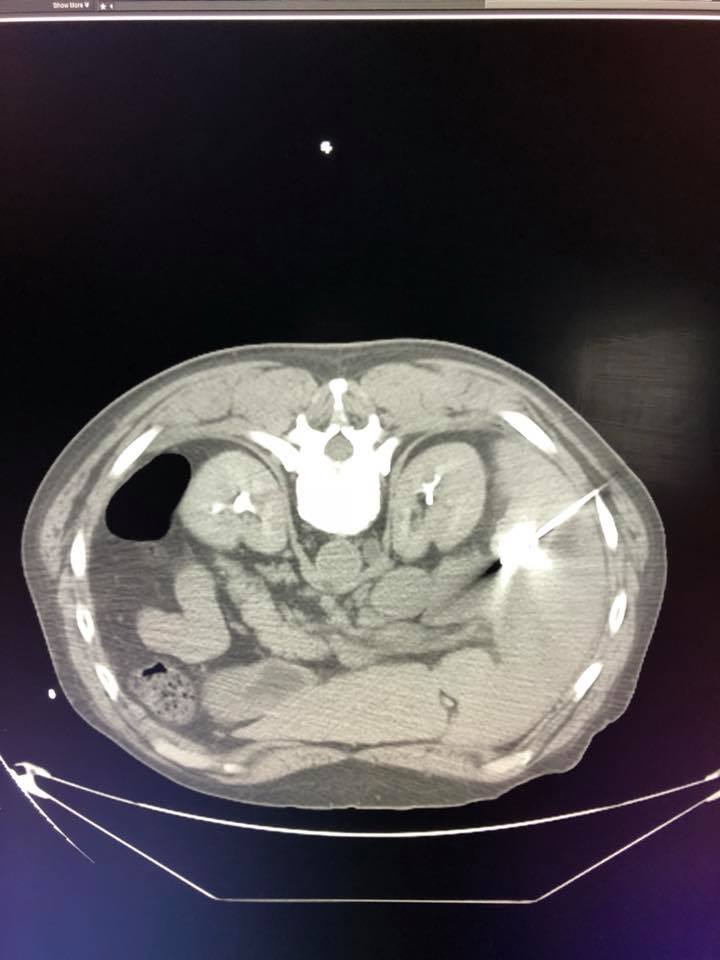 38 year old female with large fibroids in the uterus. Uterus is size of 6 month pregnancy. She complains of severe pain and irregular bleeding because of the fibroids. She elected to have an uterine artery embolization (also known as uterine fibroid embolization UAE/UFE) instead of surgery. We inserted a microcatheter into the uterine arteries and blocked off the blood supply to the fibroids with microspheres. 1 month later all her symptoms have resolved. 6 months later her fibroids have all shrunk or disappeared with no blood flow to the fibroids. And uterine function is normal!! 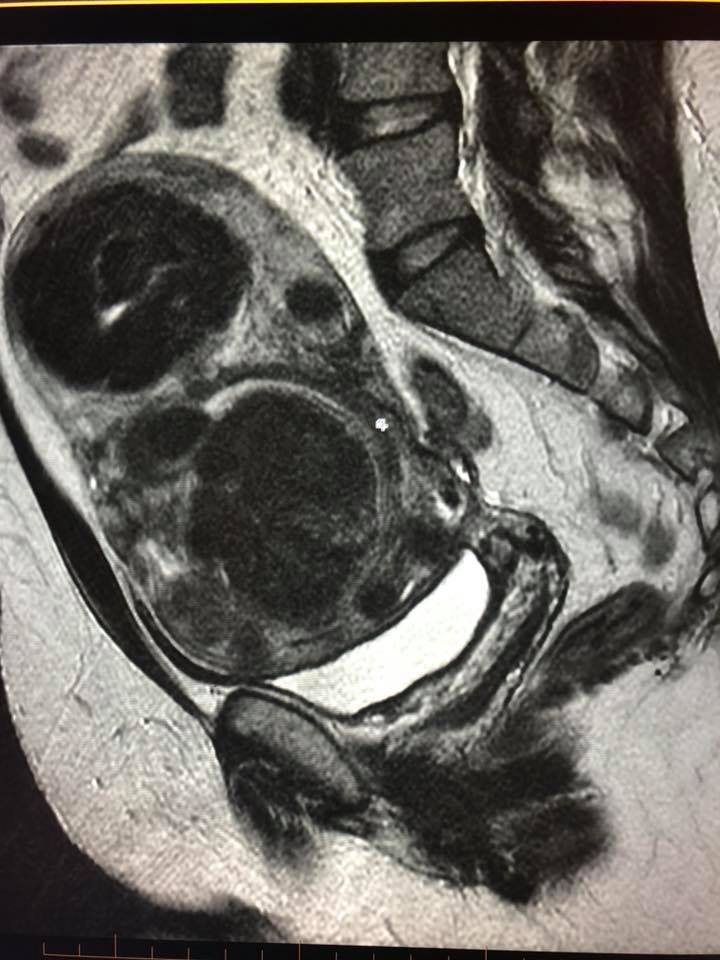 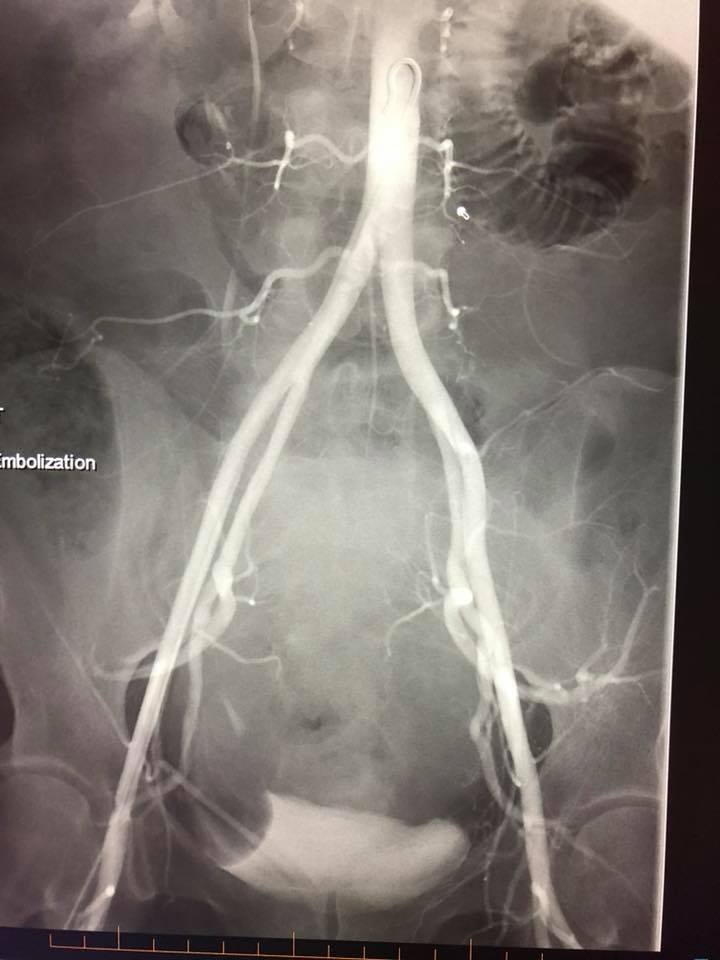 62 yo male with cirrhosis and massive GI bleeding. Treated in ER with endoscopy and blind banding. Thanks Dr Joseph Henderson of Fayetteville Gastroenterology Associates! Patient was then transferred to IR suite for an emergency TIPS (transjugular intrahepatic portosytemic shunt) and embolization of the esophageal and gastric varices. 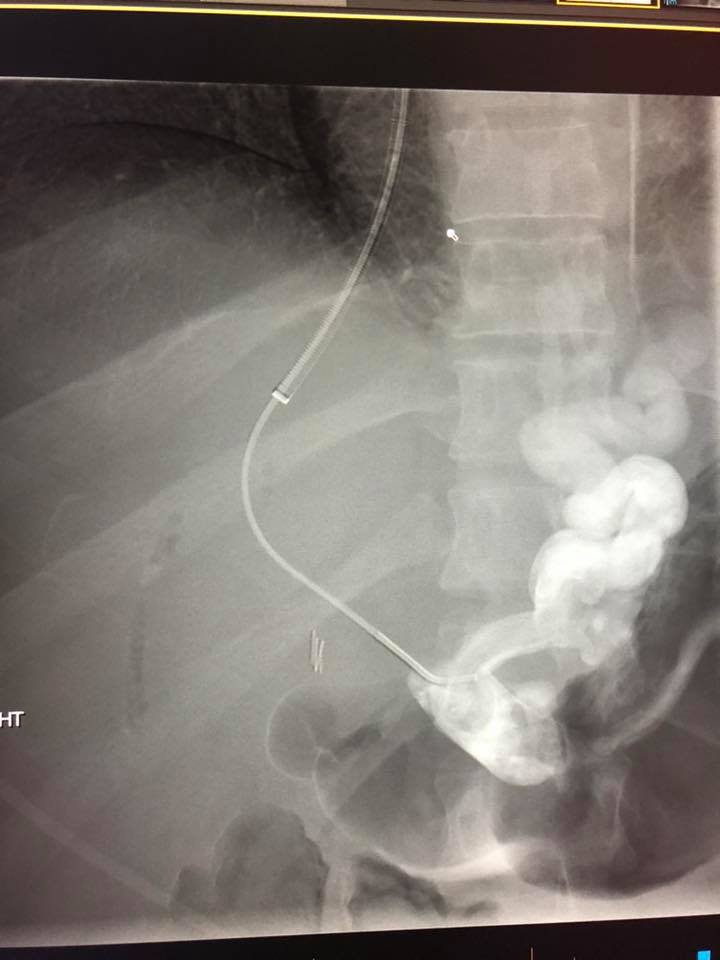 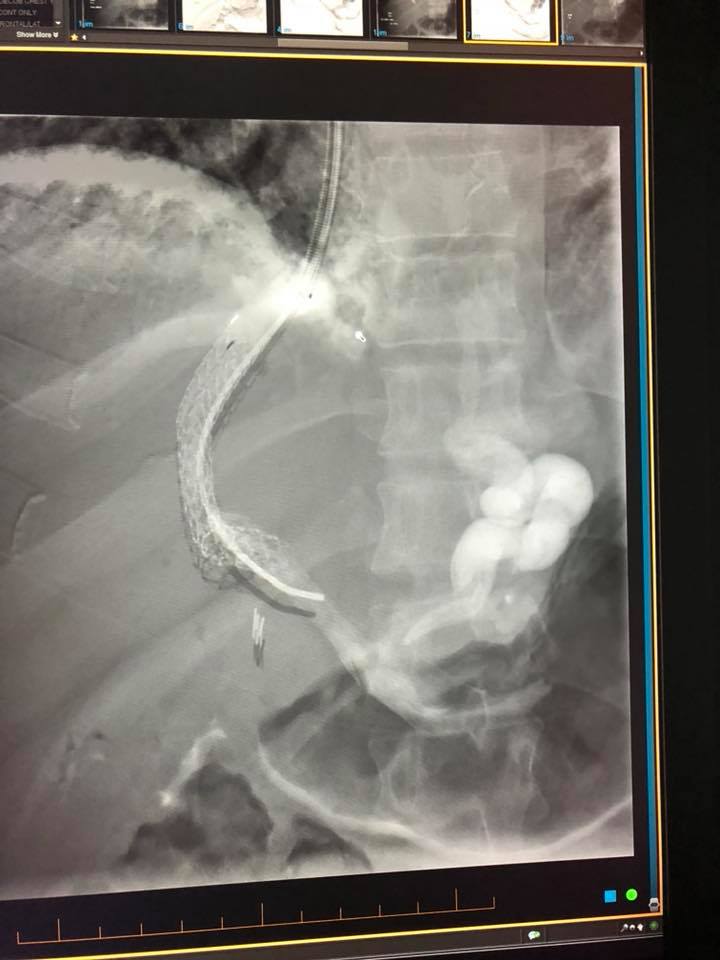 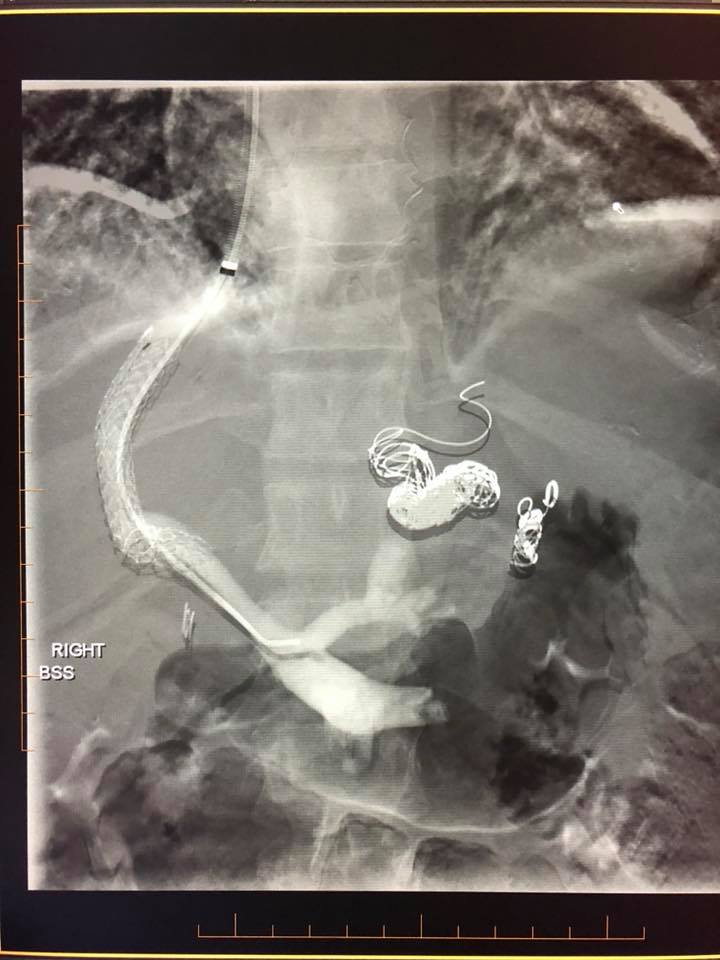 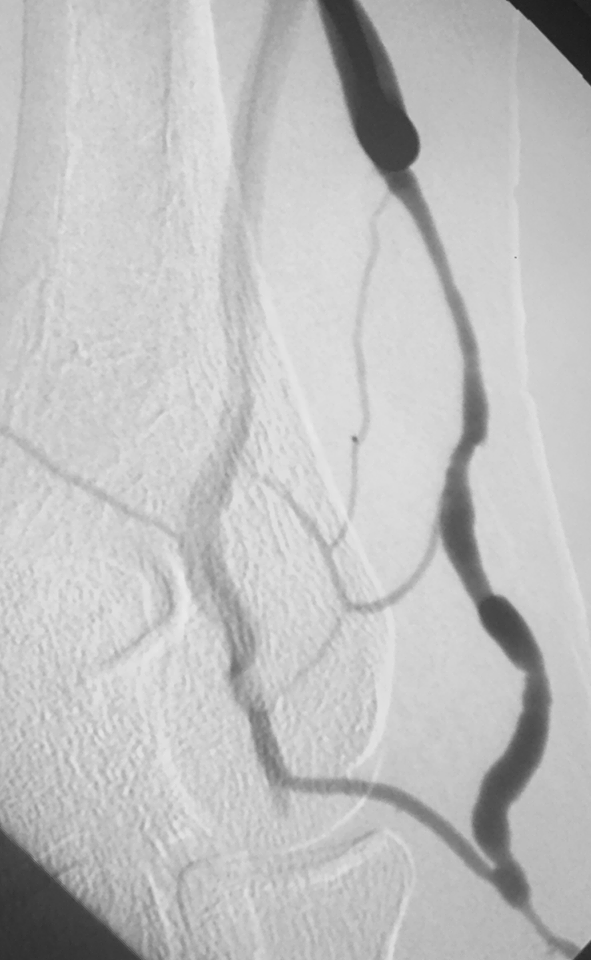 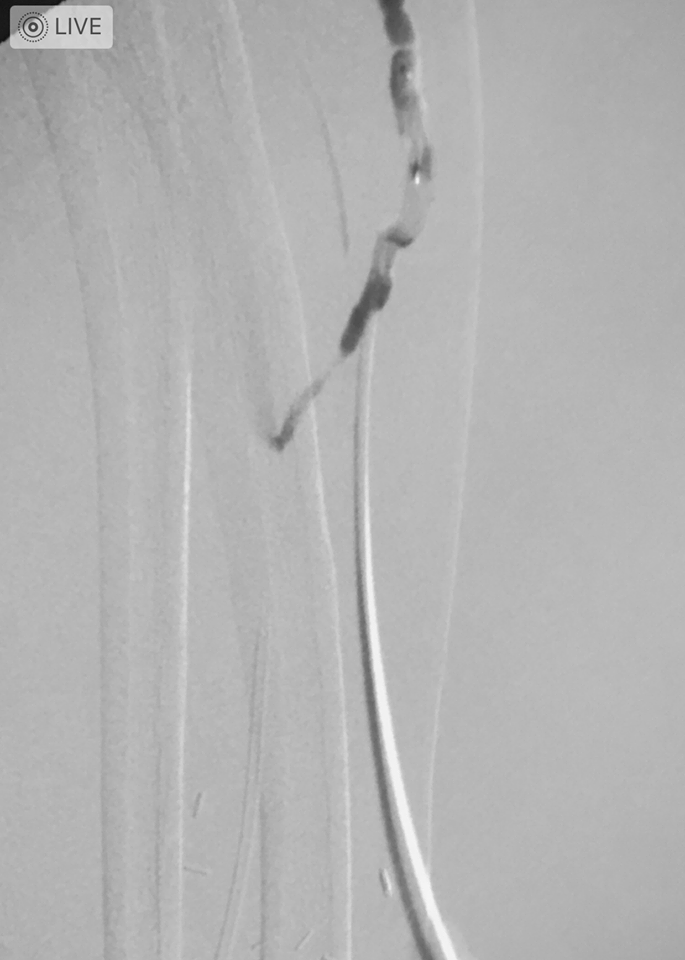 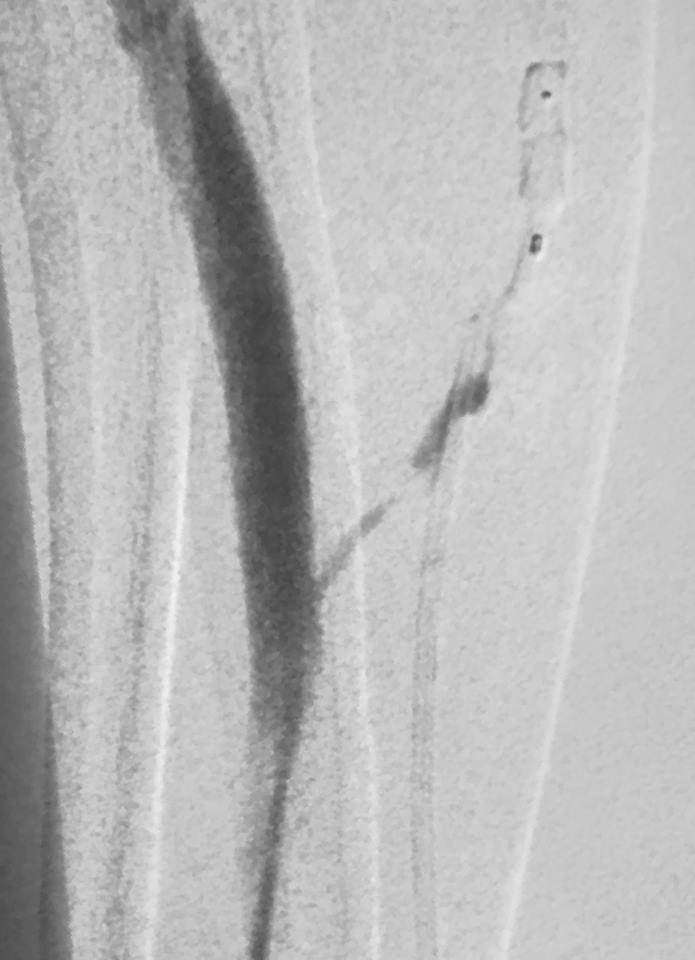 Case of the week: A 60 year old gentleman with extensive blood clots throughout both legs, pelvis and abdomen. Patient has an IVC filter with clot extending about the filter and acute clots into the lungs.

Day 1 venogram pictures shows occlusive deep vein thrombosis without any venous flow through the legs, pelvis or abdomen. Catheters were placed to drip clot busting drugs directly into the clot for 24 hours. 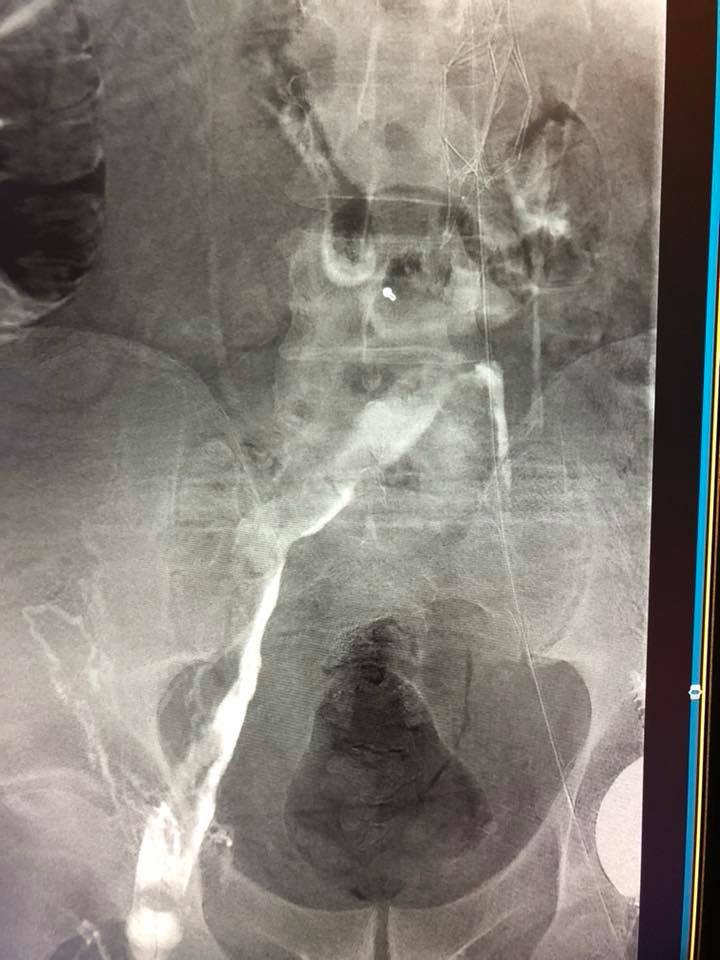 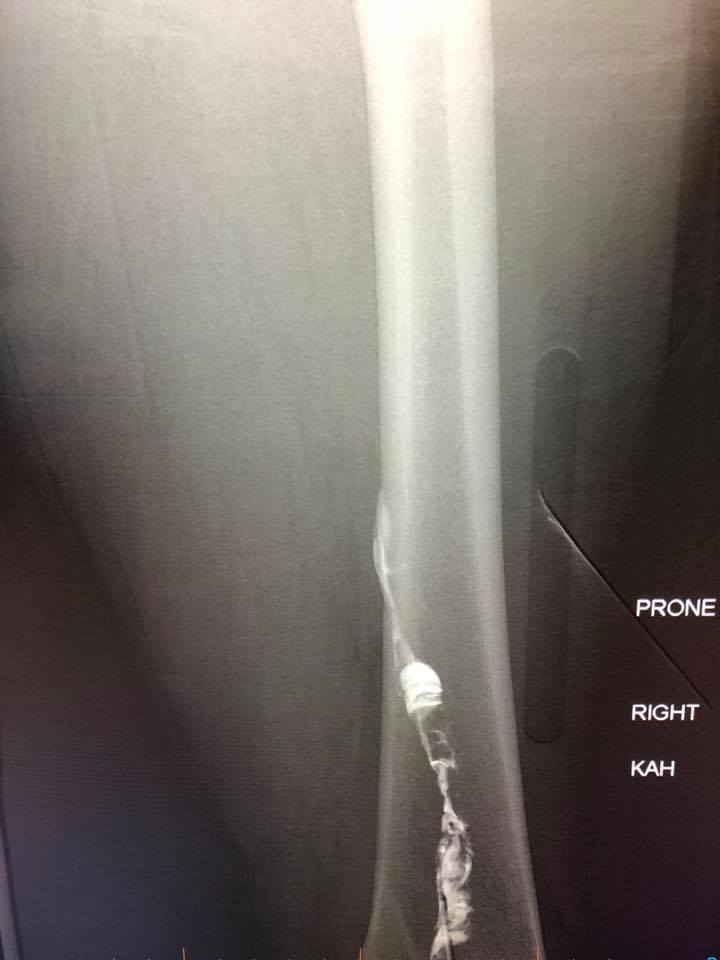 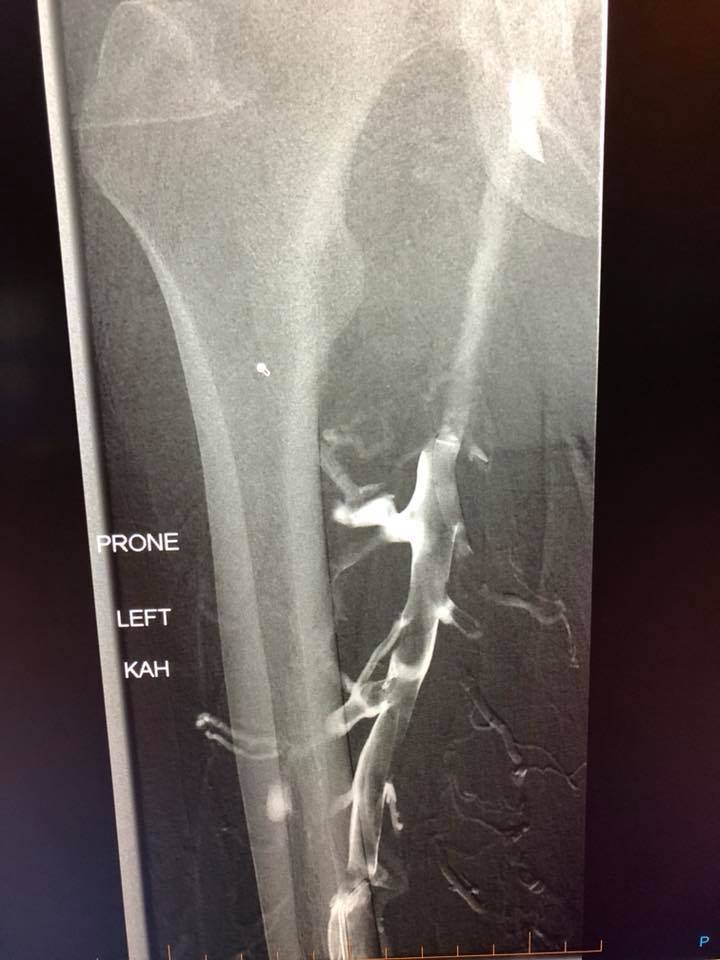 Patient sent to Interventional Radiology to treat the varices with a minimal invasive approach through the common femoral vein in the groin. Catheter then utilized to cannulate left renal vein then retracted to select the adrenal vein/splenorenal shunt to get to the gastric varices. Amplatzer plug placed to stop the bleeding. Great work Dr. Meka!!! 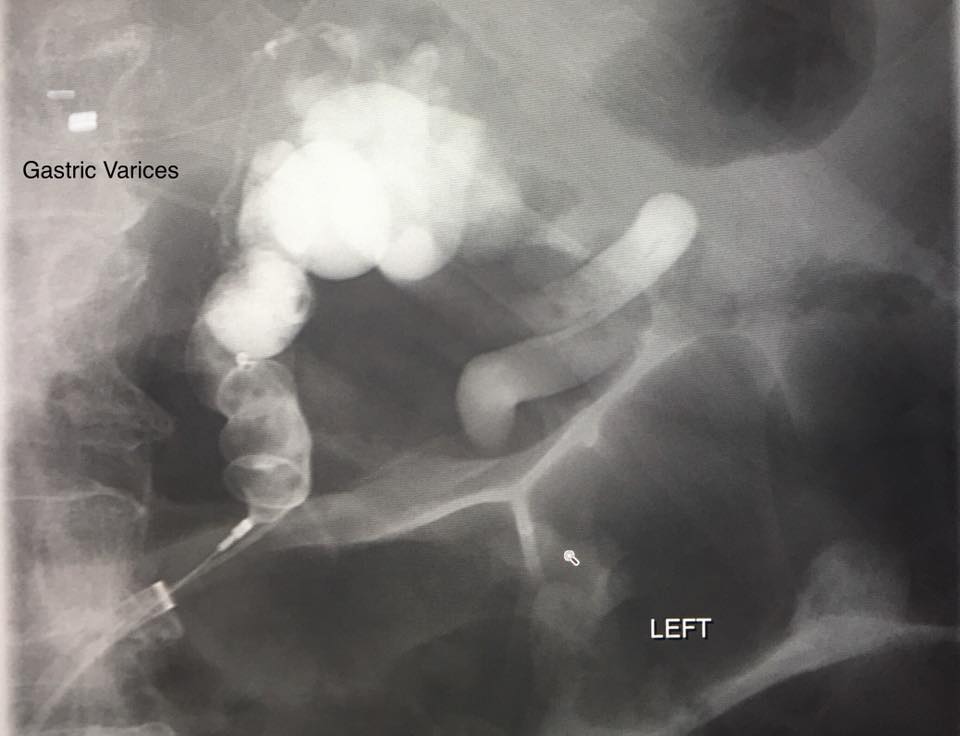 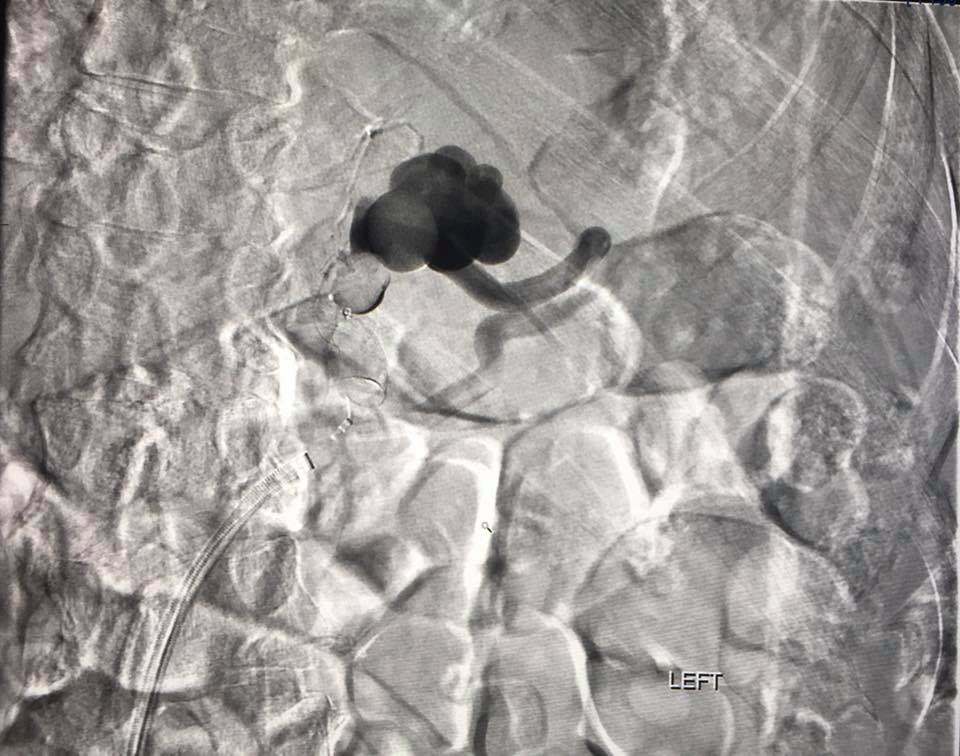 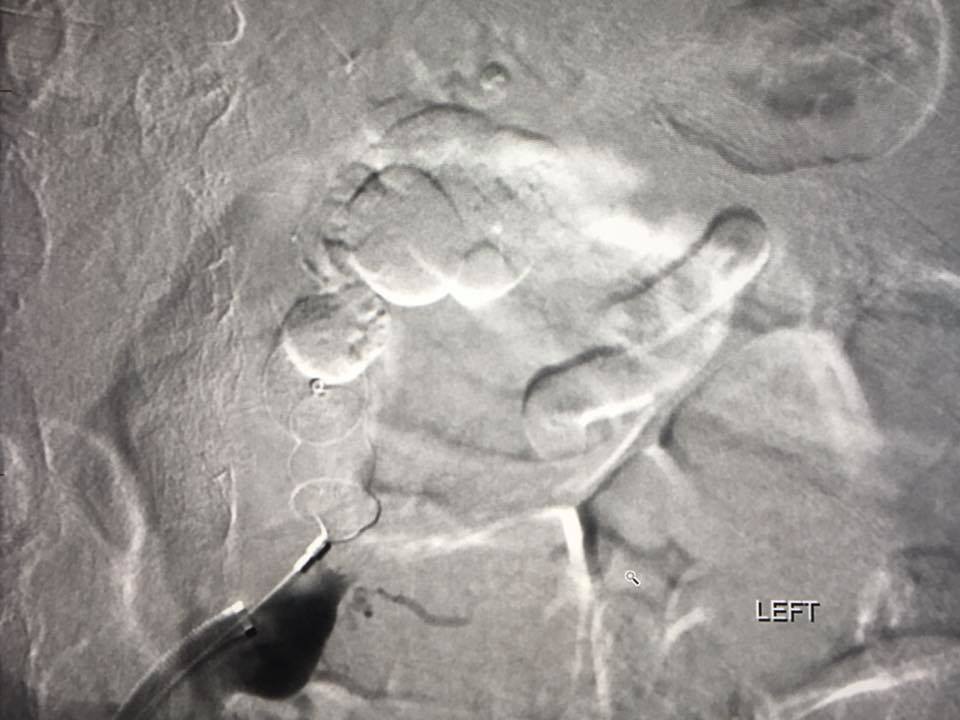 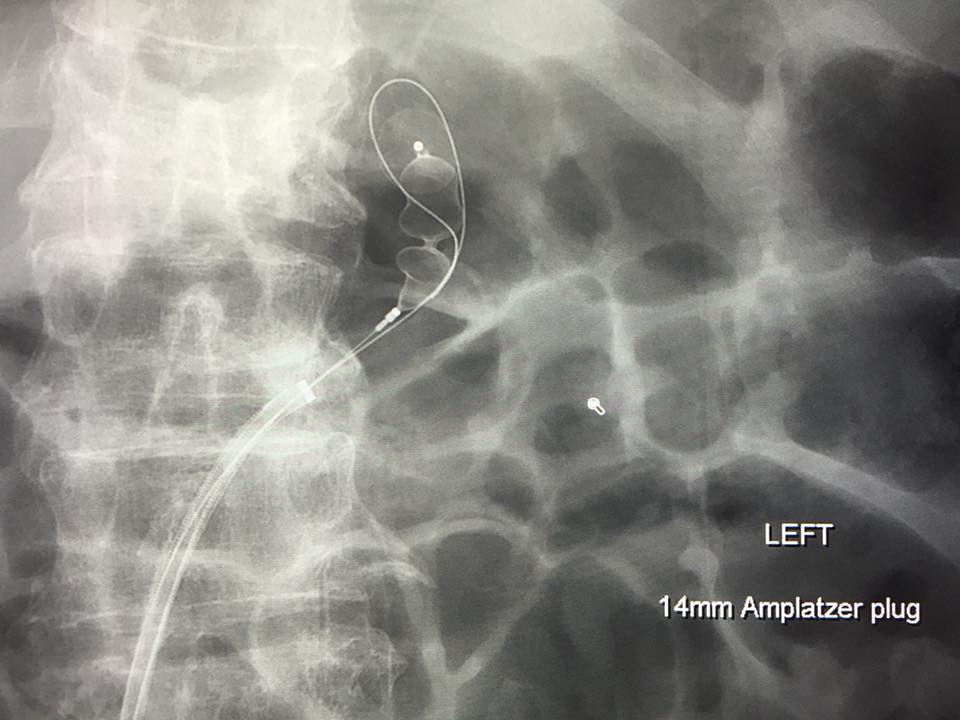 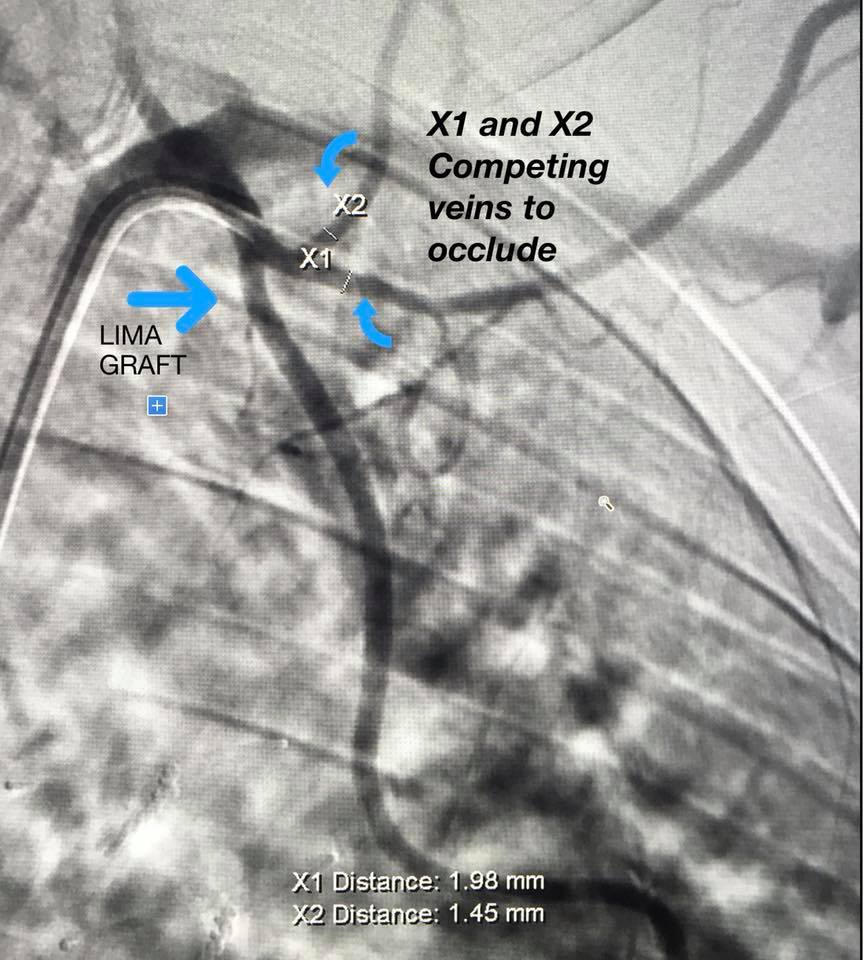 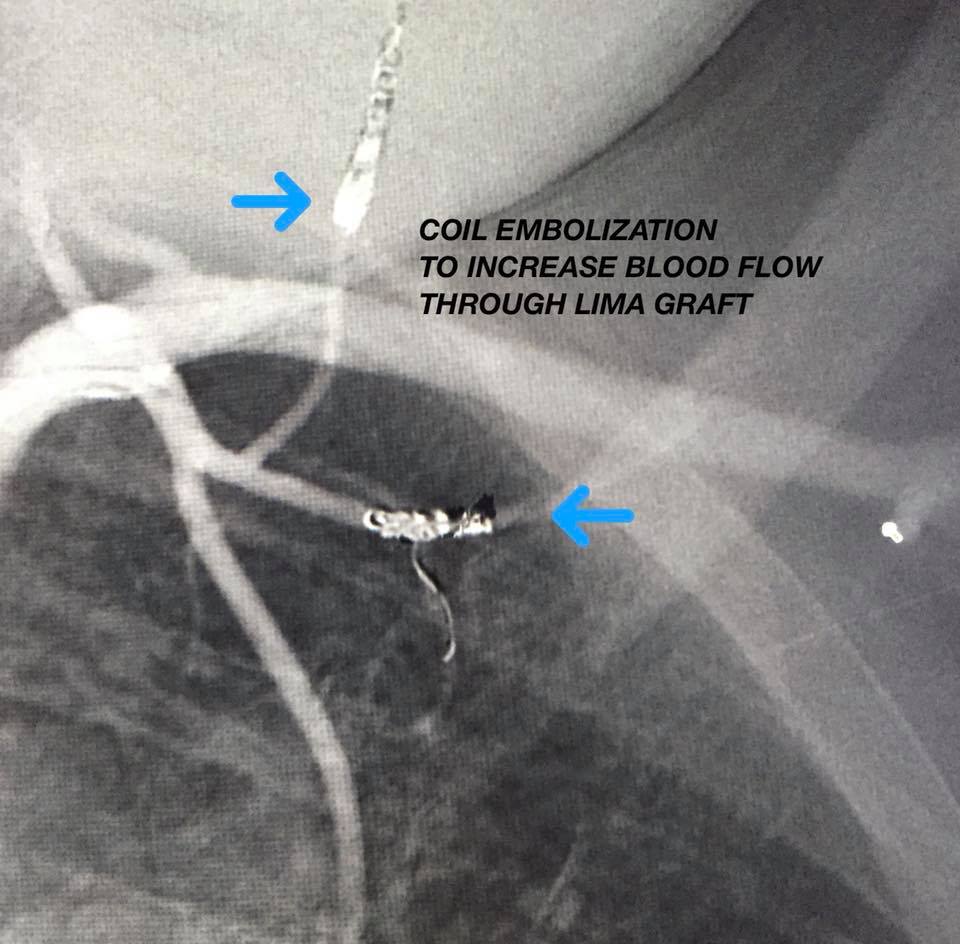 Whether you're looking for a minimally invasive way to solve your back pain or you would like more information on vascular interventional radiology, we can help.

Looking for more information about Valley Radiology, our team of radiologists or the services we offer? Call now to schedule an appointment or fill out our quick contact form today!